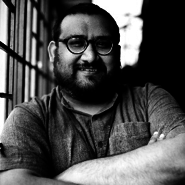 “The medium in photography never matters, what matters is the idea in the head.”

Harshit hails from the city of Nawabs Lucknow. An ex student of world’s largest school City Montessori School. He did his graduation in Mass communication and masters in visual communication with his specialization in photography and film making from AMITY University, Noida, UP, India. Harshit picked up his first camera when he was 8 as a hobby which later changed into passion and finally to profession.

He has recently established his own production and photography company WALIAS CREATIONS. He has recently joined AMITY school of communication as a faculty of photography helping students and making them industry ready. He has been a travel enthusiast as his love for art forces him to visit new places on frequent basis.

Harshit has been recognized for his photography skills both nationally and internationally. He has 3 International Recognitions and 28 National Level Photography competitions to his name . He has 2 International Publication of his pictures with the magazines publications ranging from 50 to 120 countries. Harshit was awarded Special Scholarship for bringing maximum number of awards by any student in photography by his college. Harshit was recently awarded the title of Shaan- E- Awadh Lucknow city best citizen photographer.
Harshit has been associated with various national and international social activities including that of UNITED NATIONS. Harshit was selected as the India Country Director at ASIAN YOUTH FORUM, Bangkok, Thailand. He is also the national representative of FOWPAL, USA. Harshit has also been working for cancer children with Uday Foundation and Bal Bharti Foundation serving food to needy children. He has also be composing music and playing it for various social causes as he is a recognized member of Delhi Drum Circle. Harshit is also a percussionist with a band based in delhi and has performed both nationally and internationally for different shows.

Harshit is an active member of YES Initiative. YES Initiative is an initiative to reduce youth unemployment through self-empowerment and entrepreneurship.