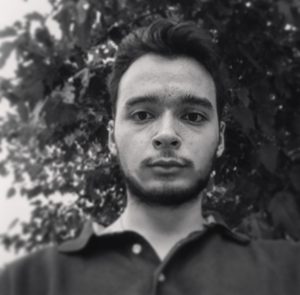 Antonis is a student at the Aristotle University of Thessaloniki at Greece. He was once, at his high school years, ambassador of Greece at Italy upon the subject of the Intercultural education under the care of Ann Lindh’s Foundation Organization. As a freshman at the University he became a member and partner journalist and communicator for many local volunteering organizations (e.g. A21, a trafficking awareness organization, Amnesty International, Greek Rhetoric Speech Youth Forum, municipality of Thessaloniki volunteers, MAXMAG, Flash AUTh, AUTh Volunteers, TEDxUniversityof Macedonia).

In 2017 he participated at the first youth exchange program between Thessaloniki and Berlin associated with the minorities education ( refugees etc). At the same year he continued writing philosophical, psychological, social and cultural articles at Greek websites ( The Clown, MAXMAG. He is interested in advertising, promotion, public relations and commercial communication. Apart from his works he occupies with literature. He has been awarded the 2nd prize at Gregory Pentzitis National Poetry Competition, an honorable distinction at the Ulysses national competition and is one of the prestigious members of the Literary fellowship of Lord Byron’s Club at Athens. Apart from his great interests he is developing two fertile ideas part of which was being presented at the YES Global Association’s Project in Greece. His first project relates to his father’s olive farm and his efforts to thrive and transform it at an autonomous production area that will help his family produce extra virgin and organic oil without any extra fees, costs and time waste but also with the ambition to export the oil abroad.

His second project, relates to a new type of tourism, named „Graffiti Tourism“. His plan was to combine a different type of art, which is often accused for vandalizing public spaces with the chance of looking it in a more entrepreneurship way. In that way, he designed a website that would become a future platform in which anyone could book tickets to try this alternative type of tourism and exploration. The graffities are aimed to be made by organic sprays, friendly to the environment. Therefore, a new type of Eco-graffiti could be formed, attracting people to follow an Eco-friendly artistic path. It could also be combined with types as the city break tourism and could help Greece not only financially but also culturally in an art form such graffiti which doesn’t meet the proper respect. Thus, one could easily separate artistic from vandal graffities and could have the opportunity to learn about Greece graffiti culture history.